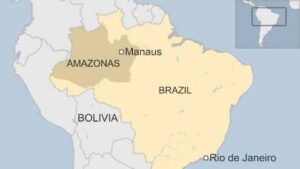 It’s been about a year for us in the USA since things started to go sideways. Where are we?

At the beginning of the year I developed a simple empirical model to project a worst-case scenario in terms of cumulative deaths from SARS-Cov2. Sadly, actual deaths are still running ahead of modeled deaths (Figure 1). We cruised through the half million death mark with little comment. 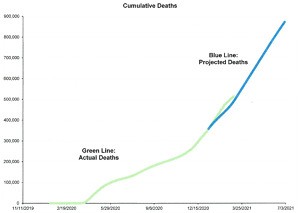 The big question is whether the spring surge will be as bad as projected in this scenario. Lots of states are “opening up” and more than ever abandoning the safety precautions of mandated mask wearing and social distancing and while many people care, lots don’t care about the consequences of their actions. The B1.1.7 is becoming the dominant strain and some of the other aggressive strains are appearing. Spring is around the corner. These are all the perfect ingredients for a bad surge.

Against this we are finally starting to get our act together in terms of vaccinating the country and the vaccines available are good enough to prevent the vast majority of people becoming infected and dying as a result or having to be hospitalized. However, we will not reach herd immunity until late summer at the earliest and probably nearer the fall, and that assumes some 80-85% of the public actually gets vaccinated and new strains that evade vaccines don’t appear. Although I think the actual death toll will not reach a million by July it’s not beyond the bounds of possibility. Stalin is reported to have said that the death of one person is a tragedy; the death of one million is a statistic, and we continue to act as if that was true.

It looks as though the current crop of “third-generation” strains that appeared late in 2020 are starting to reach genetic convergence. The Economist has a graphic that shows this very nicely (Figure 2). 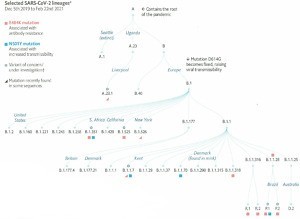 The key mutations in the spike protein that make these strains aggressive are N501Y and E484K and notice that P1, which is the worst of these strains, is the strain currently causing havoc in Brazil. If you want to see how bad things can get—and few news outlets in this country are covering the situation in Brazil—go no further. This is a country that has no national pandemic plan or vaccination program and their healthcare systems are collapsing. You don’t want to be like Brazil. 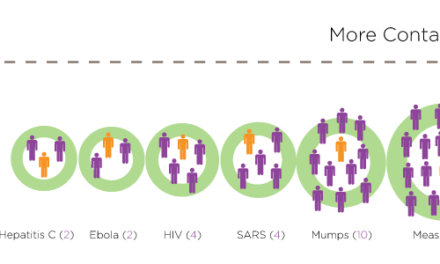